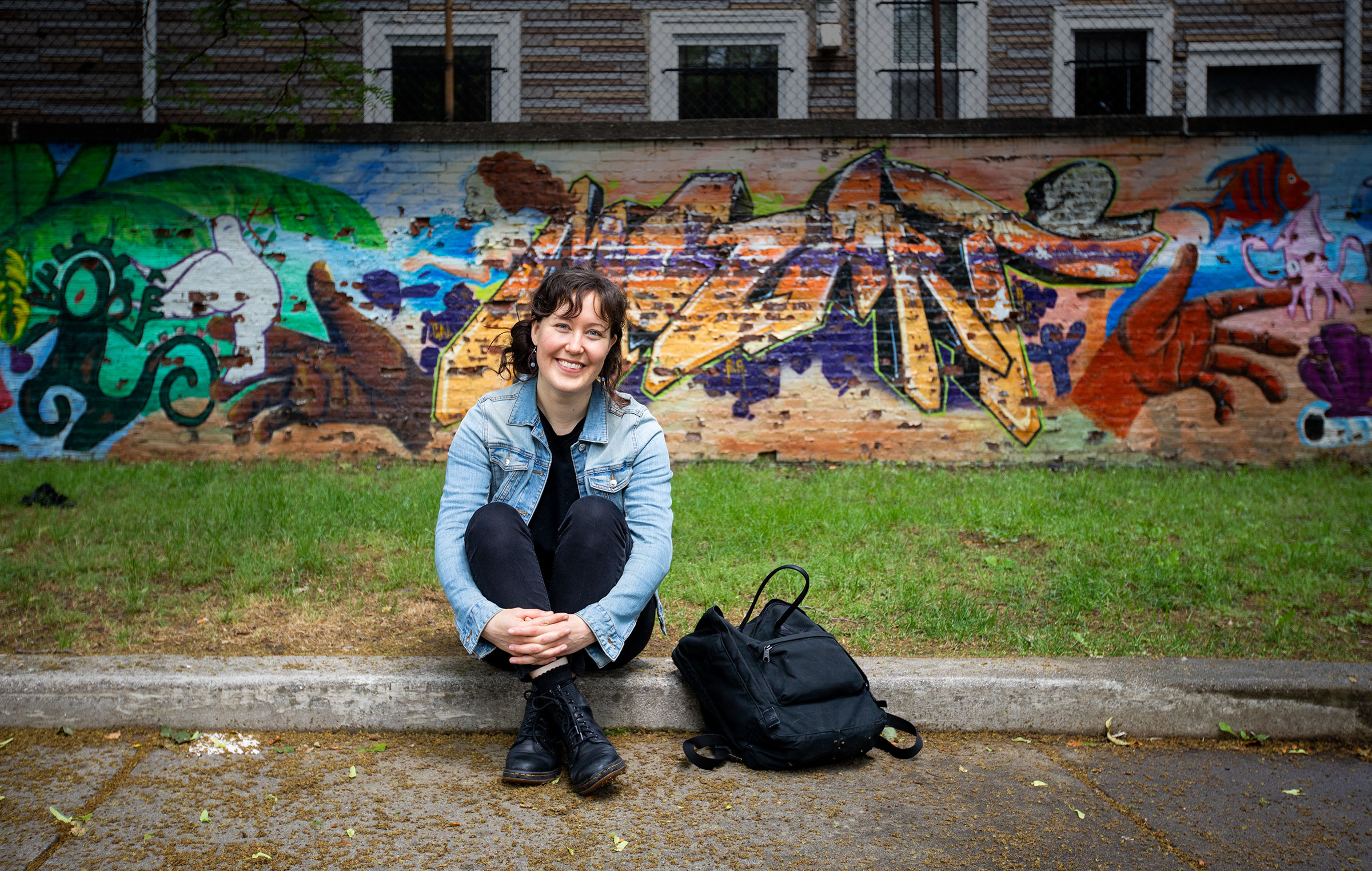 Sunniva comes from a lineage of seven generations of female musicians, and her mother – Swedish folk singer Moa Rosa Brynnel – is one of her major influences.

Sunniva has toured extensively in Sweden and the US, and have recorded and/or performed in Norway, Denmark, Ireland, England, Slovakia, Estonia, France, Hawai’i. As a freelancing musician for over ten years, she has shared the stage with amongst others Timo Alakotila, Neil Yates, Jai Uttal, Praful, Peruquois, Dave Douglas, Dónal Clancy and many others.

Sunniva has performed on Swedish National TV, SVT 1, and her original music recordings have been broadcast on National Swedish Radio P2, as well as on international radio stations in the US, England, Ireland and more.

She is the recipient of Albin Hagström Minnesfond’s scholarship for accordionists through the Royal Academy in Stockholm, Anders Holger Gustafssons Musikfond, as well as having received substantial support throughout her music studies from Gull & Stellan Ljungbergs Stiftelse.

Sunniva was born in Uddevalla on the Swedish west coast and started to play the piano at the age of five. From the age of ten, she went to a primary school which had a special focus on music – especially choir singing.

She then went on to study Irish/Gaelic singing and music at DIT Conservatory of Music and Drama in Dublin. Her vocal teacher at DIT was Seosaimhin Ni Bheaglaoich.

After a year spent in Dublin, she moved on to study jazz performance at Birka folk high school outside Östersund, Sweden. This year; living in the Swedish snowy midlands by beautiful lake Storsjön, and having both inspiring teachers as well as brilliant fellow students, made a big impact on Sunniva’s playing and composing.

At Birka folk high school, Sunniva met guitarist Calle Jönsson, who insisted that every folk pianist should also play the accordion. And sure enough – she got herself an accordion and never looked back.

To be able to immerse herself in both jazz and the music of the British Isles, Sunniva then went on to study a BA jazz at Leeds College of Music, England, with composition as her major subject. Within her degree at LCoM she composed everything from small sized ensemble works to big band pieces.

While in the UK, Sunniva was also fortunate to study with accordionists such as Karen Tweed, Piero Tucci, Ian Lowthian and Murray Grainger.

In May 2018, Sunniva graduated with a Masters of Music in Contemporary Improvisation (Academic Honours) from The New England Conservatory.

She has studied Indian Classical music with amongst others Warren Senders.

In the spring of 2020, Sunniva became a Certified Deep Listening Instructor (Rensselaer Polytechnic Institute, NY, USA), and she is currently enjoying facilitating groups in Deep Listening. Deep Listening is the lifework of American accordionist and composer Pauline Oliveros.

Sunniva has hosted accordion-themed radio shows for Swedish National Radio P2 and she is the news editor of Swedish roots and jazz magazine Lira.

Her musical projects include:

Masterplants – improvised music to the music of plants

Sunniva also writes music for theatre and dance, as well as being a passionate musician for Contact Improvisation, tantric events, yoga practices and ceremonies.